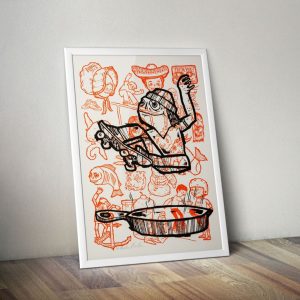 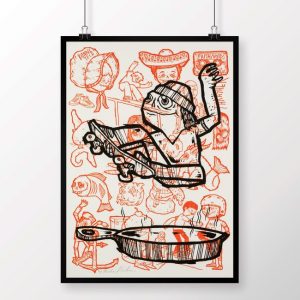 Michael Sieben is a professional designer and illustrator whose work has been exhibited and reviewed worldwide as well as featured in numerous illustration anthologies. He is currently the managing editor at Thrasher Magazine and has a monthly column in Juxtapoz Magazine. He is also a founding member of Okay Mountain Collective in Austin, Texas, as well as the cofounder of The Program skateboards. He lives and works in Austin, TX with his wife Allison, son River, and daughter Eve.

We send it without the frame of the photo. Print shipped in a tube