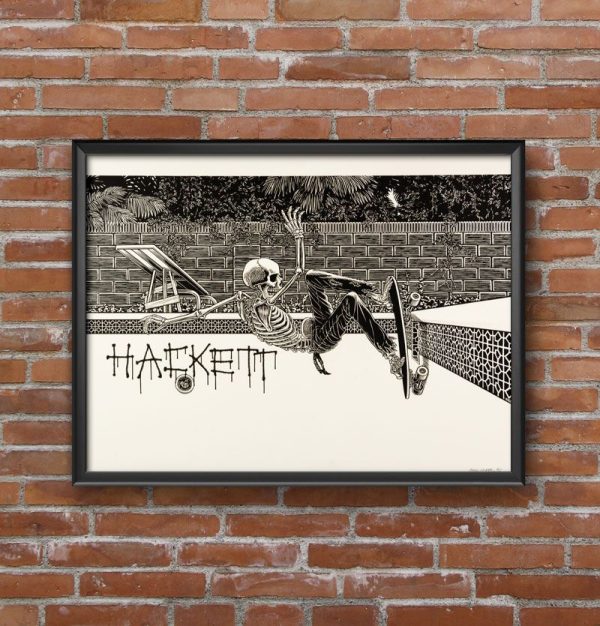 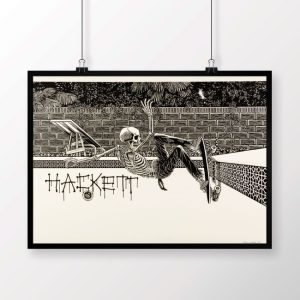 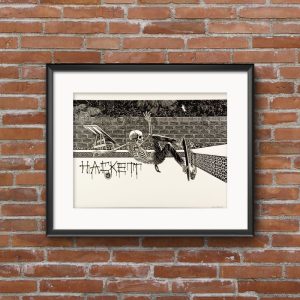 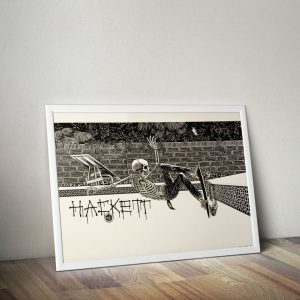 Born March 19, 1969.  Grew up in San Rafael in Northern California, and moved to Los Angeles to attend UCLA in 1986. In 1989 began working for Steve Rocco doing graphics for his new company, World Industries, with the Mike Vallely “Barnyard” being his first skateboard graphic. McKee went on to do graphics for World Industries and its various other companies, including, Blind, 101, and Mike Smith’s Liberty.

In 2007, in support of the release of the documentary feature, The Man Who Souled The World, launched the traveling exhibit, “Censorship is Weak as Fuck” with Sean Cliver, featuring the graphics and advertising of World Industries, Blind, and 101 from 1989-1996. The show had stops in San Francisco, Los Angeles, Frankfurt, Melbourne, Sydney, and the Gold Coast of Australia.

In 2011 McKee released Seen Unknown, The Art of Marc McKee, co-authored by Winston Tseng. In the spring of that year a solo art show to promote the book was held at HVW8 Gallery in Los Angeles, and the Bastard Store in Milan, Italy.

Other projects over the years have included logo design for the Fox TV series, The PJs (1998), book illustration for Rodney Mullen’s autobiography, The Mutt: How to Skateboard and Not Kill Yourself (2004), and art direction of the skateboard videos Almost Round Three (2004), Blind’s What If (2005), The Man Who Souled The World (2007), and Cliché’s Bon Voyage (2013). Currently, McKee lives in Venice, CA and continues making skateboard graphics.

We send it without the frame of the photo. Silkscreen shipped in a tube