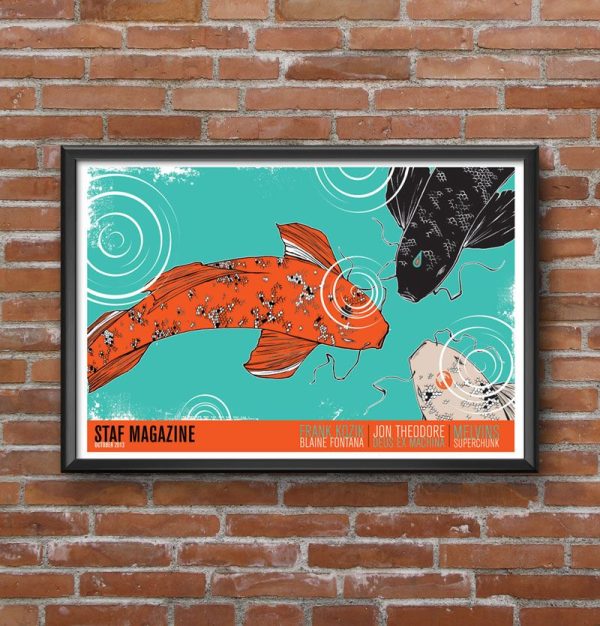 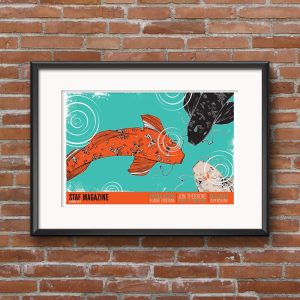 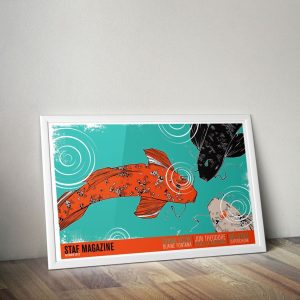 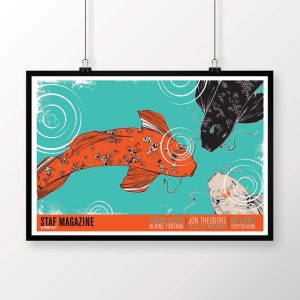 Blaine Fontana currently lives and works in Portland, Oregon. Imbuing his vision with the divine symbolism of religious myths, worldly folklore and current social dynamics, his works contain a kind of shamanic exploration of meaning that recognizes the totemic quality and power of the image. With extensive experience within the design world, including working as a designer for Felt Bicycles and acting art director for Zero+ Publishing, Fontana’s work displays a virtuosic understanding of sign & simulacra and their role within our contemporary visual culture. Straddling the physical and metaphysical, organic and architectural, painterly and graphic sensibilities, Fontana fuses multiple visual strategies to forge an aesthetic language entirely of his own making.

His works have been published in a variety of publications, including iDN/Society 6, My Name Is, Sycamore Review, Soul Pancake, Mod Art, Hi-Fructose, and Juxtapoz. He has exhibited nationally in Seattle, Portland, San Diego, Las Vegas, Philadelphia, Los Angeles, Denver, Austin, Miami, and New York, and internationally in London, Germany, Canada
and Japan.

Since 1997, Staf Magazine invites in every number / month an artist that we like to carry out the final art of our cover. Seldon Hunt, Derek Hess, Thomas Campbell, Adrian White, Zoo York, Friends With You, Ed Repka, Elf, Chad Eaton, Geoff Mcfetridge, among many others. When we started to do the magazine online we wanted to continue with our philosophy that each cover made her an artist for the occasion. That, yes, the cover was no longer in the hands of the people in the form of paper and with that level of quality of impression to which the press had us accustomed. For that reason we have created next to Malla Graphic Studio: A Silkscreen Printing Cover Mission.

We send it without the frame of the photo. Print shipped in a tube